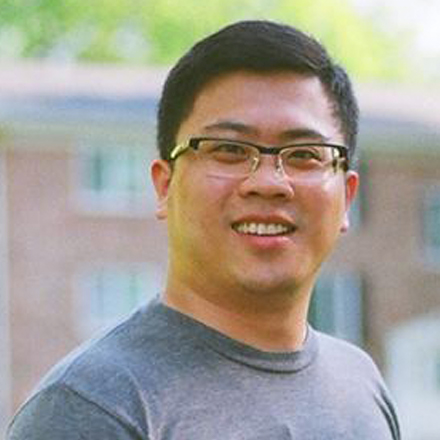 I received my BS in Astronomy and MS in Astrophyiscs from Nanjing University, China in 2006 and 2009. I was then admitted by Department of Atmospheric, Oceanic, and Space Sciences (now Department of Climate and Space Sciences and Engineering), University of Michigan, Ann Arbor for the doctoral program, where I worked with Ward Manchester and Tamas Gombosi on numerical modeling of Coronal Mass Ejections, Shocks, and Turbulence. I completed my PhD in Space Physics & Scientific Computing in 2014. I was then selected as one of the four NASA/UCAR Jack Eddy postdoctoral fellows and worked with Karel Schrijver at Lockheed Martin Solar and Astrophysics Lab from 2014-2016. From 2016-2017, I was a UCAR Project Scientist I, before joining as a Research Scientist at SETI in January 2018.

My primary research interest is focused on the origin of space weather: solar activity in the form of coronal mass ejections (CMEs), CME-driven shocks, and solar energetic particles (SEPs).  Each of these phenomena plays an important role in driving space weather, which affects the well being of satellites and astronauts in space. Through numerical modeling of major geo-effective CME events and comparing the results with in-situ and remote sensing observations, we can better understand the physical processes at work during the propagation of CMEs from the Sun through the heliosphere.  Such an understanding will ultimately achieve better space weather forecasts. I am also interested in analyzing multi-wavelength observations of the Sun, especially those related to the energetic solar phenomena (e.g., CMEs and flares), from which we can obtain constrains for theoretical models and be inspired to include more physics in the modeling effort. My recent research activity extends to the exo-solar and exo-planetary systems to simulate their stellar winds and stellar CMEs as well as the influences on the habitability of the exo-planets.