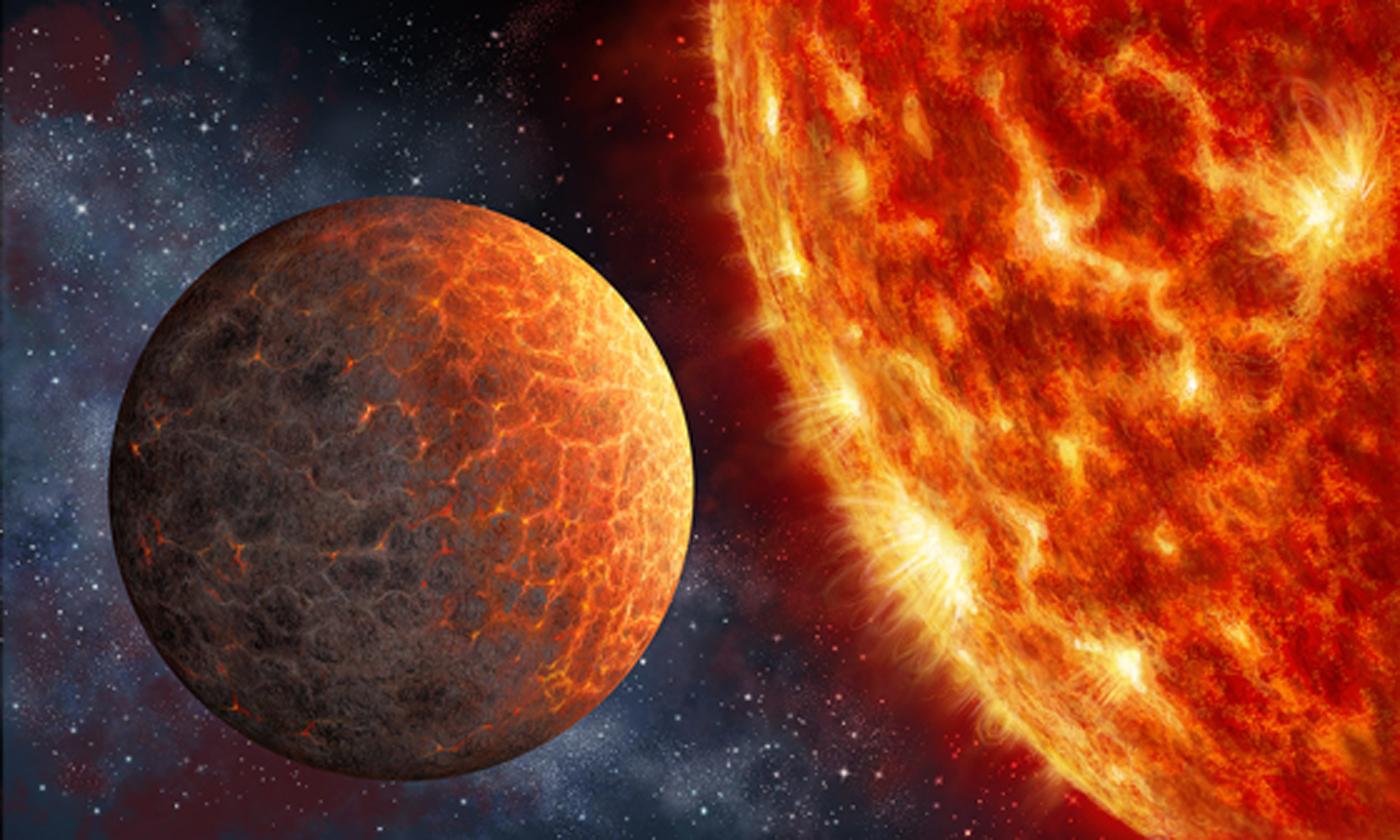 MOUNTAIN VIEW – Astronomers using NASA’s Kepler space telescope have found a planet 219 light-years away that seems to be a close relative to Venus.  This newly discovered world is only slightly larger than Earth, and orbits a low-temperature star called Kepler-1649 that’s one-fifth the diameter of our Sun.

The planet tightly embraces its dim home star, encircling it every 9 days.  The tight orbit causes the flux of sunlight reaching the planet to be 2.3 times as great as the solar flux on Earth.  For comparison, the solar flux on Venus is 1.9 times the terrestrial value.

The discovery will provide insight into the nature of planets around M dwarf stars, by far the most common type in the universe.  While such stars are redder and dimmer than the Sun, recent exoplanet discoveries have revealed instances in which Earth-sized worlds circle an M dwarf in orbits that would place them in their star’s habitable zone.  But such worlds might not inevitably resemble Earth, with its salubrious climate.  They could just as well be analogs of Venus, with thick atmospheres and scalding temperatures.

According to SETI Institute scientist Isabel Angelo, the study of planets similar to the Venus analog Kepler 1649b is “becoming increasingly important in order to understand the habitable zone boundaries of M dwarfs.

“There are several factors, like star variability and tidal effects, that make these planets different from Earth-sized planets around Sun-like stars.”

It’s said that Venus is Earth’s sister planet, but in many ways it’s not a close sibling.  Despite being the same size as Earth, and only 40 percent closer to the Sun, its atmosphere and surface temperature are wildly different from our own.  If we wish to find life on other Earth-sized worlds, we should take a cue from “The Music Man,” and get to know the territory.

Elisa Quintana, from the SETI Institute and NASA Goddard Space Flight Center, and a member of the Kepler 1649b discovery team, notes that “Many people are hung up on finding other Earths. But Venus analogs are just as important.

“Since new telescopes coming down the pike will allow us to probe atmospheres, focusing on both Earth and Venus analogs may help decipher why, in our Solar System, one planet allows life to thrive, and one does not, despite having similar masses, comparable densities, etc.”