Project Blue and the Quest to Photograph Exoplanets

Project Blue and the Quest to Photograph Exoplanets

Project Blue is envisioned to look for exoplanets around Alpha Centauri, our closest neighbor, from low Earth orbit. 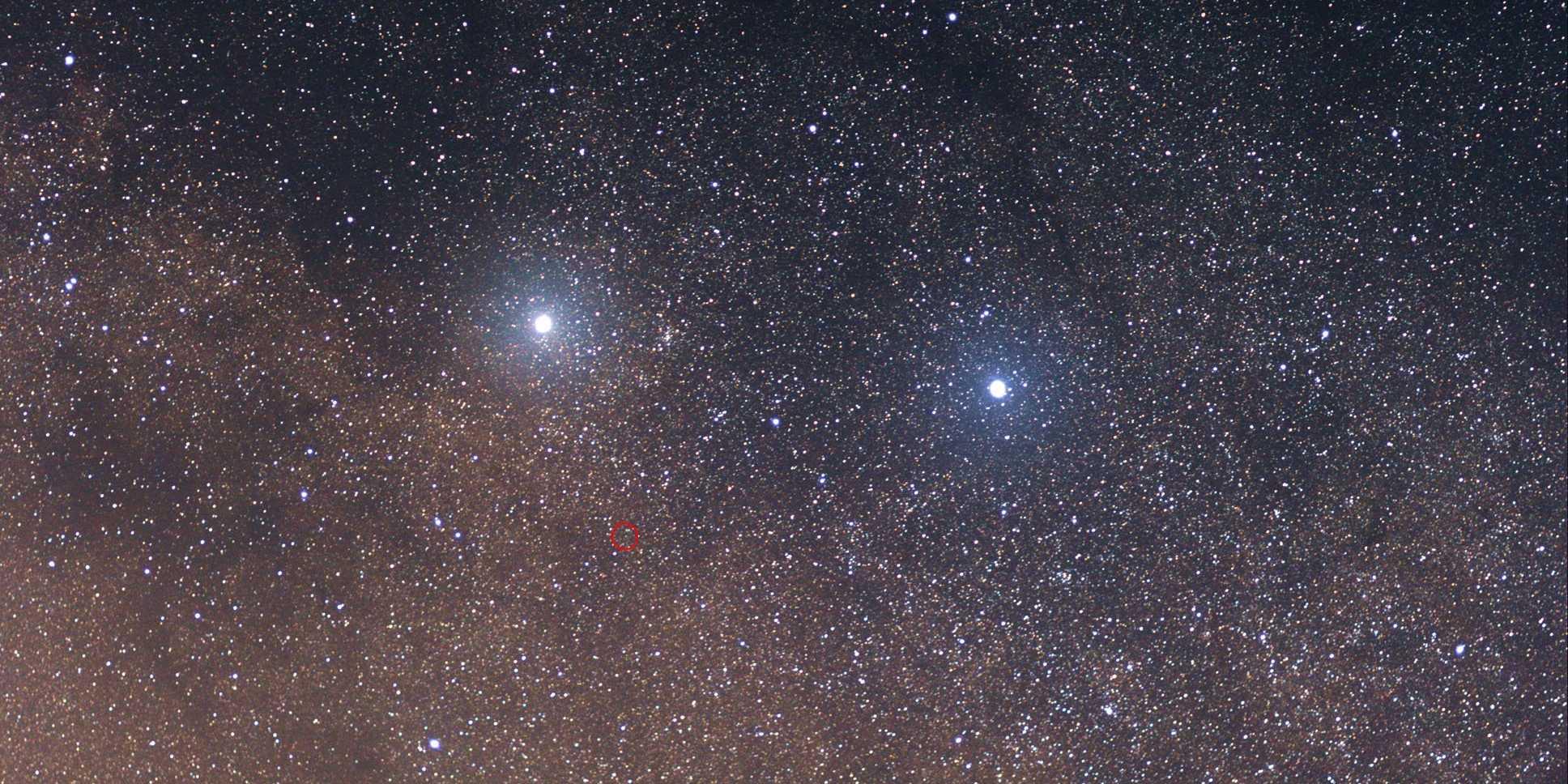 The world’s collective imagination to answer the age-old question, “Are we alone,” has been reignited now that we understand exoplanets – planets in orbit around stars other than Earth’s Sun – are not uncommon. There’s an increased urgency to develop capabilities for directly photographing exoplanets around nearby stars and to characterize their surface conditions and, Alpha Centauri, being the nearest star system to our own, has understandably become a focal point of current scientific study.

Alpha Centauri features two Sun-like stars, each with the chance of having one or more exoplanets orbiting in its habitable zone - the range where temperatures would allow liquid water to exist on a planet’s surface - making it an even more compelling target. From a technical point of view, as our nearest neighboring star system, Alpha Centauri is also the easiest system for us to resolve important physical scales including better understanding the distance between a star and its habitable zone.

Being the closest neighboring system to Earth also makes Alpha Centauri our best prospect to eventually explore when we have the technology to travel across multiple light years in a reasonable amount of time. As a point of comparison, we’re still just beginning our exploration of Mars, and it’s typically only a few light minutes, or ~40 million miles, away at its closest approach from Earth. Alpha Centauri is the closest star system, but it’s still 4.37 light years, or ~25 trillion miles, away.

Until now, although we know that Earth-size planets are common in our Milky Way, the technologies to directly photograph them in light visible to the human eye has not been available. The challenge with capturing this kind of image has been figuring out how to effectively block the light of a star in order to view its orbiting planets. A star is over a billion times brighter, and needs to be suppressed in order to see and capture pictures of orbiting planets.

Since Alpha Centauri is a binary system, this challenge is even more complicated, as we have to suppress the light from two stars. Project Blue is a mission to put a special purpose telescope capable of suppressing starlight and capturing images of exoplanets into low Earth orbit The Project Blue telescope will use a technique called 'direct imaging' to dim the light from Alpha Cen A and B, enabling us to see any surrounding exoplanets in their orbits. The specialized starlight suppression system consists of:

While every space mission is complex, difficult and takes time, Project Blue has a relatively short lifecycle of about six years. The Project Blue team, made up of technical experts and resources from BoldlyGo Institute, Mission Centaur, the SETI Institute, University of Massachusetts Lowell, and other institutions hope to launch the mission into low-Earth orbit by 2021 and observe the Alpha Centauri system for 2 years with its coronagraphic camera. By contrast, if we were to design a probe to send to Alpha Centauri and launch it today using conventional rocket technology, it would take approximately 75,000 years to get there before it could transmit images of any discoveries back to Earth.

Project Blue discoveries would be able to inform other missions, such as future large ground- and space-based telescopes, and even Breakthrough Starshot, which is in the early stages of developing technology to reach speeds of ⅕ light speed in order to send probes to Alpha Centauri. If successful, Breakthrough Starshot would still take decades to get to Alpha Centauri, and an additional 4 years for the first images to return to Earth. Project Blue might be able to provide a “roadmap” to help make sure future missions like these look in the right places.

Perhaps most important is the possibility that Project Blue identifies and captures the first image of a rocky blue exoplanet - a ‘pale blue dot’ - like the picture of Earth that the Voyager 1 spacecraft sent back to us on February 14, 1990, from a distance of 4 billion miles as it was leaving our solar system.

From a scientific standpoint, this discovery would be on par with other major discoveries of the past 500 years. It would enable us to learn about and study the composition of what could be another planet with oceans of water and a thick atmosphere capable of supporting life as we know it: A sister Earth.

From a philosophical standpoint, this discovery would be even more profound. Identifying another cerulean planet could tell us that Earth is not unique in the universe. When Voyager 1 sent the pale blue dot images of Earth, Carl Sagan offered:

While finding another blue planet would enable us to answer many questions, it would lead to many more, undoubtedly starting with: “Are we alone?”

If we were to determine that there is life, all of Sagan’s musings about Earth would suddenly take on a new dimension we’ve never had to consider. We would have discovered someone else’s home.

“Project Blue is an ambitious space mission, designed to answer to a fundamental question, but surprisingly the technology to collect an image of a "Pale Blue Dot” around Alpha Centauri stars is there,” said Franck Marchis, Senior Planetary Astronomer at the SETI Institute and Project Blue Science Operation Lead. ”The technology that we will use to reach to detect a planet 1 to 10 billion times fainter than its star has been tested extensively in lab, and we are now ready to design a space-telescope with this instrument.”

“We are extremely excited to partner with BoldlyGo Institute on Project Blue. We share a common goal to incorporate citizen science into our initiatives,” said SETI Institute President and CEO Bill Diamond. "Project Blue builds on recent research in seeking to show that Earth is not alone in the cosmos as a planet capable of supporting life, and wouldn’t it be amazing to see such a planet in our nearest neighboring star system? This is the fundamental reason we search.”

“The future of space exploration holds boundless potential for answering profound questions about our existence and destiny. Space-based science is a cornerstone for investigating such questions,” said BoldlyGo Institute CEO Jon Morse. “Project Blue seeks to engage a global community in a mission to search for habitable planets and life beyond Earth.”

Project Blue is currently raising private and citizen funding to complete the initial mission architecture design. The design is based on detailed requirements laid out by the Project Blue science team, which is made up of leading exoplanet researchers from a variety of institutions. This architecture orchestrates how the telescope, coronagraphic camera, spacecraft bus, and ground system all work together to acquire, store, transmit, and process the pictures that the Project Blue mission will take. After initial design, we’ll run mission simulations to predict performance, and will make a Mission Performance Simulator (MPS) available online for interested citizen scientists to run their own simulations.